For many years the researchers have put rings on birds legs. There is different codes in different countries and in Norway they are using blue ring on the right leg of the Sea eagles. The blue ring tells it's from Stavanger Museum who are the center for all bird ringing in Norway. 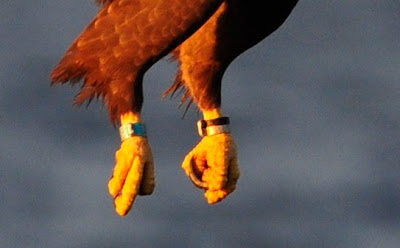 But from 1976 they also put on ring at the left leg as well, then we know which year the bird is ringed in the nest, because the Sea eagles are ringed whene they are young. Not easy to get adult birds!! Photographers who are visiting me dont like this markings because they will have a job to get it away in photoshop:-) 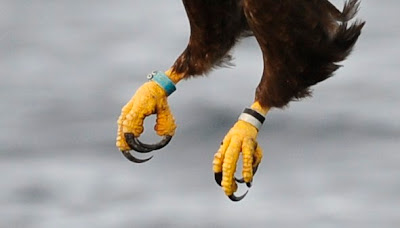 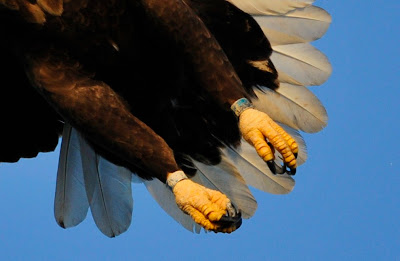 But it's also interesting some time to know how old this bird can be, so we still have to look for "Staffan" "OJ" "MIGUEL" and see how long they will stay in the territory. So this is what to look for; always blue on the right leg and year code with differen colors on the left.

Christmas evening, i got my books also this christmas, one is about all the Single Malts in Scotland, so now I can learn about my hobby, collecting Single Malt Whisky.

The best days in Christmas is this slow days with the fam. Eating, reading books and playing cards and so. But when I was reading one of my new book evening the 25th Des. "Life" Keith Richard, great book!! Our dog just ran into the veranda door and started yelping like a Wolf. 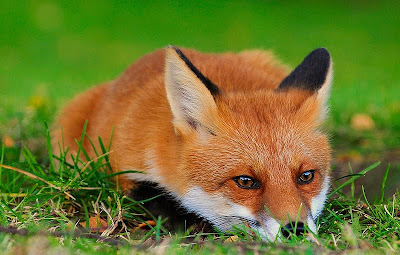 I looked out of the window and outside Mr. Nikolaj II was sitting outside. (Nikolaj I is living in the Zoo). Our dog Troj hates this Red Fox!! But i love this beauty. I found some realy great food from the christmas dinner and my Nikon D 700 and the 24-70mm. I whent out on the veranda and called for Nikolaj. He came. he is not like other Foxes and he is eating from my hands if I like.

But now I put some meet close to the outdoor chrismas tree and some santas so it looked nice:-) Nikolaj II came many times, the yale from Troj sounds like a flock of Wolfs. 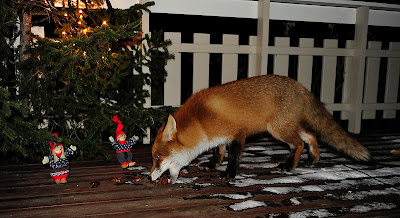 This more or less tame Fox is the only left from the summer. There is always someone who can't find the beauty of a nice animal, someone have to shoot if there is something to shoot at. But we now have Nikolaj and i hope he will be around all winter. Will be good for all the guests who will be here in the winter. All the best to all of you in the New Year. Ole
kl. 21:09 6 kommentarer: 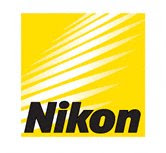